God is an unknown artist

God is an unknown artist

song numero uno i dont remember the inspiration in the title.. number 2 (two!) is a quote from tracey, #3 is from an old photoshop, where i happened to read the license agreement or whatchamacallit for some silly media player software, and it said "this is not allowed to be used in a nuclear powerplant". sigh.. number four is inspired from my half-week stay in norrland in the beginning of 2019 - "vilket flyt du har", said the electrooperagoddess. i asked a psychiatrist there when i fled to psyket (cop cars were everywhere, i tried to get help from somatic, but no-can-do) when xi asked "do you hear voices?" and i replied back "do you hear the voice of your loved one?" xi replied "..maybe >=(". like later on, you cant fool a psyche with emotions, and not with logic either, i.. theyre complicated. they care for you, just in strangeways. i heard "this is not a punishment", as a reply to a radio colleagues sad reminiscence of "förnedringskassan.. är ett straff =*\". that made me stop being suicidal, for, awhile.. empathy is great and all, but sometimes you just need someone to say you should keep your shit together. the greys <3 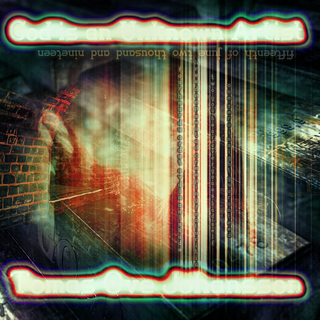 this is a quote from a poem by armorfelix2001, after i told him about my ventures in psychiatry 2006, he said on his page "evolving elsewhere". i had his email too, but i changed service provider, and then.. he was gone. forever. so this is my dedication to him. he made 2½-dimensional poems, that i, to this day, don't understand. we had a lot in common, except he thought i was a girl, obviously, like they all did, when i used the "seas" moniker on deviantart. i don't know what the creator of the website in 1999 had in his thoughts, but it's now mainly known as "the home of the furries". a lot of people are into japanese art, culture, clothing, and the like. just like them, i and bella are on the same frequency. we use all colours of the rainbow and beyond, both in music, and in art, and poetry. it's all over place. it's happy, then the next second sad, while then going into despair or pure hate, murder, suicide, glorifying gore - even. yes, deviantart lives up to its name. it's also fostered a lot of incredible sci-fi and fantasy artists. it's now dead to me, or rather, i got banned - and then fared off into livejournal. where i wrote, and wrote, and wrote, until someone said that i'm writing a bible, and that i am a god, a drug that people need. doesn't feel like that from my side. but; maybe - someday. that's why i write.

oh. and about the record. this was made when i had insane toothache, and a dancer-signer hadn't fooled me into becoming a coffee addict yet. it's really an ingenious natural medicine. first i started with brewed, from her treats at coffee-shops. she wanted to be my all, my muse, and beyond. she introduced me to the song "bachata a lo loco", somehow it has something to do with me. it makes me cry floods. don't ask me. ok. don't. ask. me. why. anyway. then i did instant coffee. then i just plain ate the coffee. then i did coffee beans. then.. i crashed. i'm trying to quit the black gold completely now, as i can barely sleep, and if i just take one cup, i'm awake for days. i have all this energy, and nowhere to put it. i prefer input to output. Music at screaming levels. coping mechanisms, as they call it.

anyway. the record. it might sound horrendous, and has probably the worst vocals of any record i've made. it's nine inch nails sounding, maybe. i dunno. i'm not my biggest fan. and i can't. because i create a positive feedback loop then. anyway. everything else though. cacao, snus, snorting, sniffing - rubbing liquor (they all smell differently), cigs (when you open a new package, the aroma is incredible, and shows that a lot of craftmansship has gone into the cigs). anyway. i figured out a way to not get paranoia from smoking, after you've taken some sips of the cig, you blow off ashes, take a deep breathe, blow off the Ashes, rinse, repeat. they put all the toxins in the wrapper, and the "filter" is plastic asbestos, those nutjobs. anyway. plastic doesn't cause cancer, neither does the sun, it burns off your demon skin layers and horns, even in the winter. it's called "sun-bathing" for a reason. and for all this time, it was so logical - an aquired taste - sött surt salt bittert beskt. while i've only indulged in sweet and fat - and to some degree salt, there's 3 more worlds for me to discover. a missus also said that a sandwich tasted like "sand", i think one of the base tastes are wood. before metal taste, like if you drink lime-juice raw, it gets so strong it tastes metallic. if i drink stale water, it gives a wooden aftertaste. eagerly awaiting for a plutchik-like evolvement of the tastebuds. meow. fare thee well, cyberneticneonnanochipwanderer.